In part 1 and part 2 we covered Consensus, State Transition System, Nonce, Mining etc.
These are necessary to understand this part. Part 1 and Part 2 are here in case if you want to have a look.

In this part, we are going to cover Algorithm to check if a block is valid or not, 51% Attack and Merkle Trees. So, let's go.

Algorithm to check validity of a block

If it returns true at the end, the block is valid. Otherwise, invalid.

Consider the following steps done by an attacker: 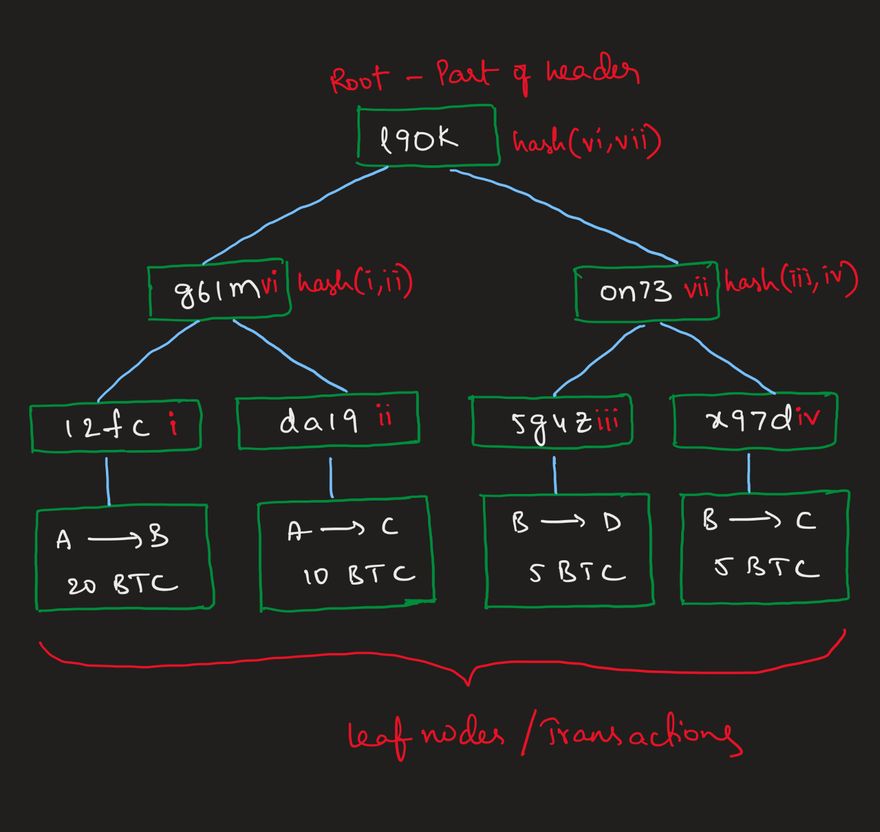 That's the end of the Bitcoin part of the Ethereum White Paper Simplified. From next article, we will get into Ethereum part of it.

Once suspended, vchiranjeeviak will not be able to comment or publish posts until their suspension is removed.

Once unsuspended, vchiranjeeviak will be able to comment and publish posts again.

Once unpublished, all posts by vchiranjeeviak will become hidden and only accessible to themselves.

If vchiranjeeviak is not suspended, they can still re-publish their posts from their dashboard.

Once unpublished, this post will become invisible to the public and only accessible to Chiranjeevi Tirunagari.

Thanks for keeping Metapunk Community safe. Here is what you can do to flag vchiranjeeviak:

Unflagging vchiranjeeviak will restore default visibility to their posts.