I am sure you have been seeing a lot of tweets, posts, and conversations revolving around the buzzword “Web 3”. The internet as we know it has been changing over the years, but it hasn’t always been the same way we see it today.

Web3 or Web 3.0 is the next evolutionary stage of the web that aims to be secure, transparent, and decentralized. But before we can talk about Web 3, let's go over the initial versions of the web, Web 1.0 and Web 2.0.

Web 1.0, also known as the "read-only web" existed from 1989 to 2004 and was created by Tim Barners Lee while working as a computer scientist at CERN. He created Web 1.0 with the primary purpose of sharing and distributing information through different computers at the time. It was the first iteration of the web where people could only consume information on the web pages and not interact with it. 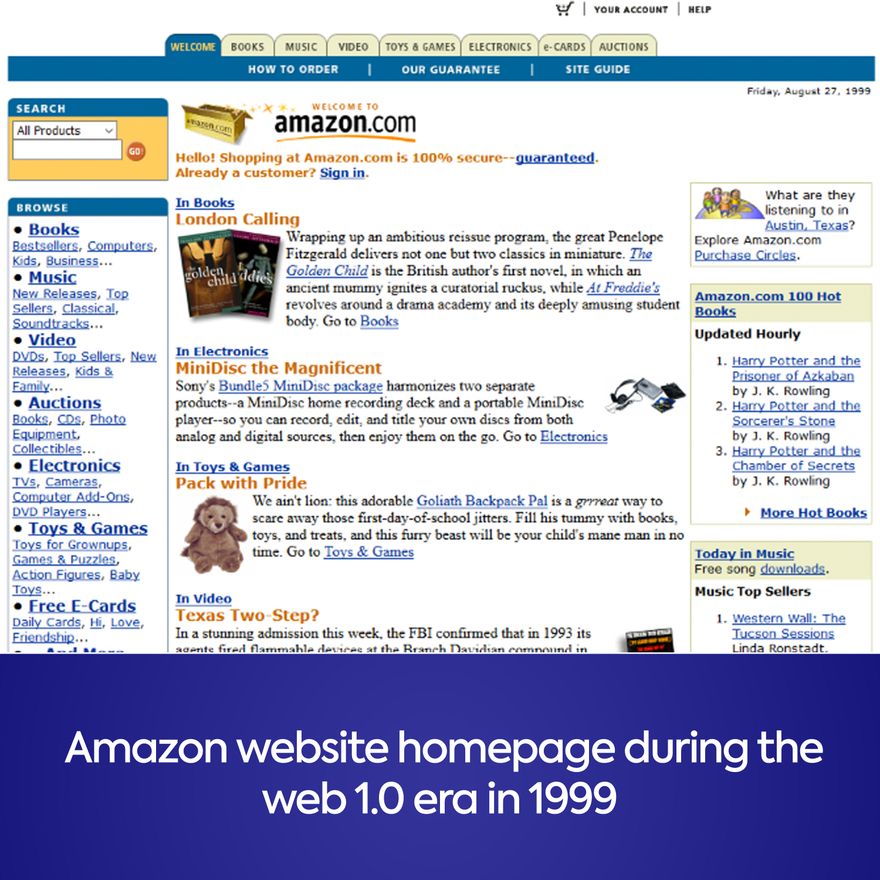 1. Static Pages: Webpages from the web1 era were static HTML pages that used a communication protocol known as HTTP. Users could not interact with the web pages, and the information on the pages rarely ever changed. Things like commenting and creating user pages were non-existent. Most of the web pages were personal websites owned by a select few individuals who wanted to share content or businesses who wanted to relay information about their products.

2. Emailing of Forms: Website visitors in web 1.0 had to e-mail their forms to an e-mail address provided by the website. This was because the web hosting services back then did not fully support server-side scripting which was needed to send in a form directly using the web server. Imagine having to manually mail a completed form every time you hit "submit" on a webpage. Yikes!

3. Content of websites stored in files: Most websites built then were housed in a file on the creator's computer, so, unlike our current websites that store their content in a database, Web 1.0 stored theirs in files.

4. Guestbooks: Guestbooks were an initiative to the commenting dilemma. It is a web page that allows users to post comments to the person in charge of the website. The comments of visitors were added separately to the guestbook page rather than the web page itself. This was done to avoid slowing down the overall performance of the website.

When you think about it, Web 1.0 was partially decentralized. This is because users on the web were few and they had a certain level of control over their data and content. The only problem was that only developers and a handful of creators could have content on the web.

This is the era we currently live in, it is also known as the “read and write” web or the “social web” as it is a significant step up from Web 1.0. This version allows for user interaction, content generation, and interoperability. Examples of Web 2.0 platforms/companies are Facebook (now Meta), Google, TikTok, Amazon, and Twitter, all popularly known as “The Big Tech.” 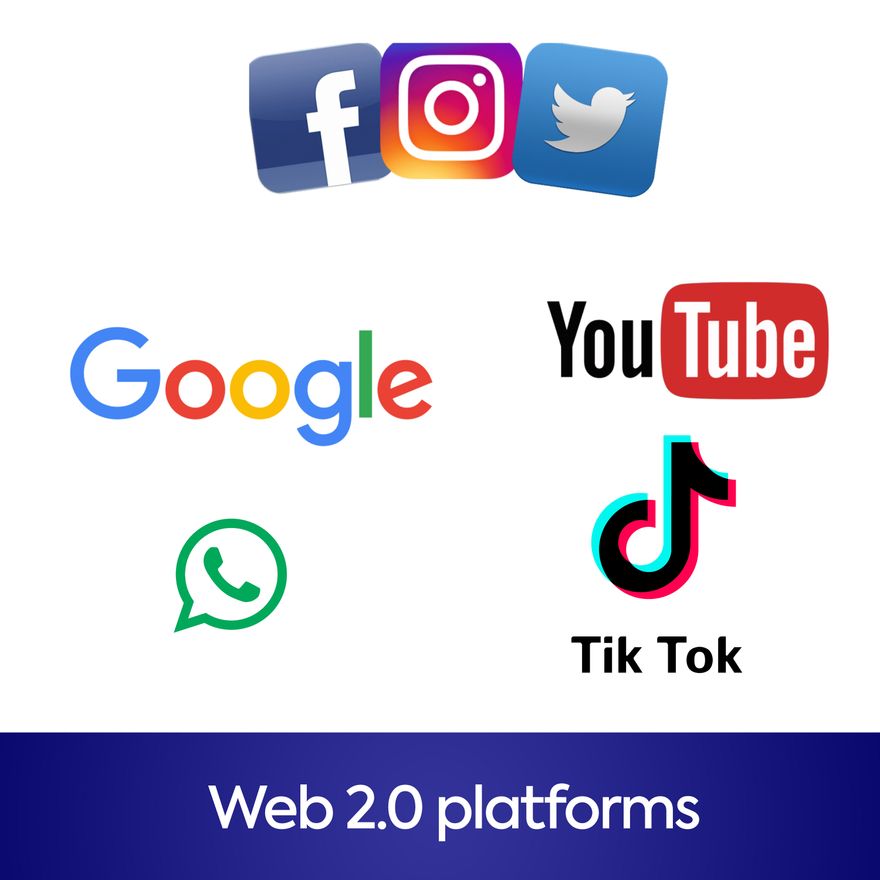 1. Visually appealing websites: Unlike Web 1.0 websites that used hardcoded HTML to create static and boring webpages, Web 2.0 utilizes the latest technologies/programming languages like CSS, Javascript, and even libraries like React and Vue to enhance user experience and create beautiful, elegant websites and platforms.

2. Interactivity: Web 2.0 allows for interactivity between users, which was non-existent in Web 1.0. It operates in a way whereby users concurrently act as content consumers and creators, which encourages discussions and affiliations between users across the globe.

3. Participation: Web 2.0 allows users to be more involved in the web, allowing for widespread contribution. It highlights the contrast between content creation, participation, and distribution in comparison to idle content consumption. 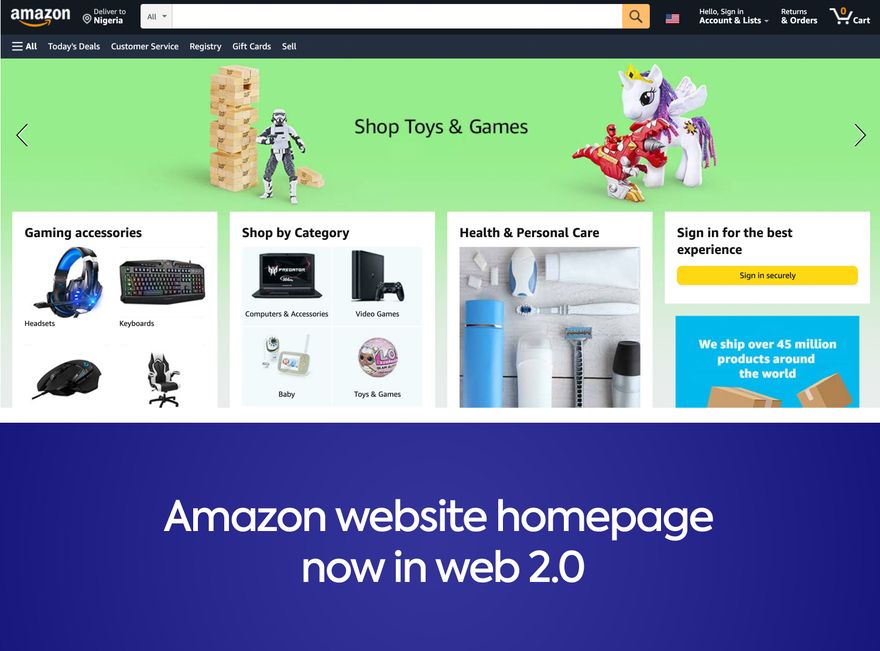 The emergence of Web3

The initial concept of Web 3.0 was spearheaded by Tim Barners Lee in 1999, he termed it the "semantic web". He stated that he had a dream for the Web where computers would be capable of analyzing any form of data on the Internet, including content, links, and transactions between people and computers.

Later along the line in 2014, Gavin Woods who had just co-founded Ethereum, coined the term "web3" and stated that it was going to be the next version of the web. He then went on to build the Web3 Foundation in a bid to foster the web 3 dream as well as blockchain innovation.

Everything seemed to be going great for Web 2.0 since its debut in 2004 until October 4, 2021, when Facebook, Instagram, and WhatsApp suffered a global outage for over six hours. This left well over 3.5 billion users with no access to its social media platforms disrupting principal communications and operations for people and businesses.

It was not the first of its kind, but it was the most significant occurrence. This phenomenon brought to light the dangers of relying on these “big tech” companies for survival on the web. That fear further developed into a yearning for users to have full access to the web and complete ownership of their content, data, privacy, and information.

These companies have faced countless lawsuits for selling users’ data without permission and for violating users’ privacy. They have even encountered multiple security breaches that have put users at risk of identity theft.

We should also note that while these companies have created platforms that have connected people on a global scale and allowed for hidden talents to be noticed and appreciated, they operate on a centralized model that puts users at their mercy.

These holes and issues propelled the emergence of Web 3.0, a form of the web that gives the users back control of the internet.

There is a common misunderstanding that Web 3.0 means cryptocurrency or blockchain, and while those are vital contributors to the cause, it is not all that it entails.

Web 3.0, also known as the “semantic web” or the “read, write and own” web is an evolved version of the web that aims at decentralization without any form of middleman and strives to be privacy and security conscious on the web.

Unlike Web 2.0, which is built on a centralized client-server controlled by companies, web 3.0 operates on peer-to-peer networks that talk to each other with no kill switch, which is pretty exciting. Its primary goals are to be: 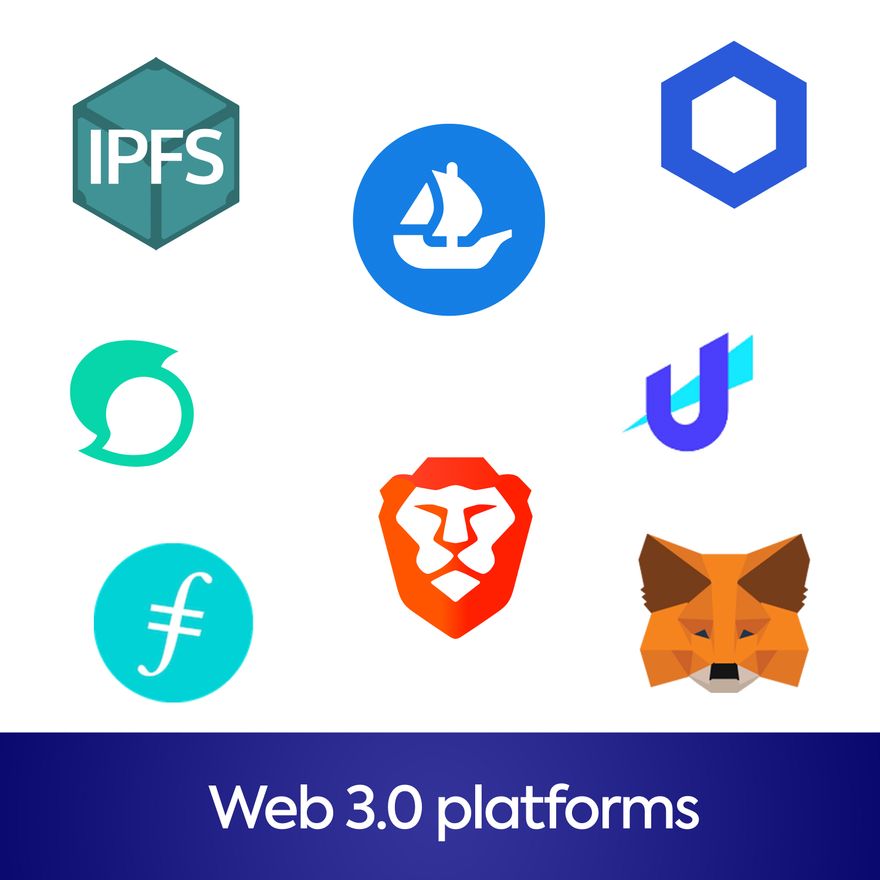 1. Ubiquity: Ubiquity means “appearing everywhere or of being very common,” and what this means for Web 3.0 is that content would be accessible on multiple applications. Right now, Web 2.0 is already ubiquitous because your content is everywhere on media platforms like Facebook and Instagram. Web 3.0 looks to take it further with no middle man included.

2. Semantic Web: The semantics in Web 3.0 refers to the ability of the computers to interact or “talk” to each other so they can perform sophisticated tasks in our stead through data linkage. Its purpose would be to give users a greater personalized form of experience.

3. Artificial Intelligence: The utilization of Artificial Intelligence and Machine learning in the roadmap of Web 3.0 cannot be overemphasized. They will play a vital role in Web 3.0 as they will understand and process information to provide faster significant results. This is also evident in Web 2.0, but it is mostly still human-based, which gives room for human errors, bias, and influence.

4. Spatial verse and 3D graphics: Web 3.0 will enable you to travel virtually and experience places and events directly from your comfort zone, which acts as the foundation for the metaverse. The metaverse utilizes 3D technology to create a digital world where people can interact, socialize and do business as they would in the real world. You would be able to search and access things via Virtual/Augmented reality (AR/VR). An active example would be “Live view” in Google Maps or even Google’s AR search feature, where you can search and place 3D digital objects in your own space directly from your search and give it a try.

Blockchain and cryptocurrency in Web 3.0

Before we go further, let me give you a little crash course on Blockchain technology and Cryptocurrency as they play a vital role in the applications of Web 3.0.

Blockchain technology can be defined as a secure and decentralized way of storing and sharing data using cryptography and distributed networks or ledger systems without the aid of a central head as it runs on peer-to-peer networks called nodes. It can also be referred to as an open, immutable linked list of transactions or data stored on a network of computers.

Because of its openness and decentralized mode of operation, it is difficult or near impossible to hack or cheat the system, making it secure, trustworthy, and efficient.

On the other hand, Cryptocurrency can be defined as a form of digital currency that you can use to make payments or carry out transactions on the blockchain (decentralized ledger system). Examples include Bitcoin, Ethereum, Dogecoin, Shiba Inu, Solana (my personal favorite), and Fantom.

What does Web 3.0 bring to the table?

Well, web 3.0 is the table. Web 3.0 brings along a couple of innovations with the aid of blockchain technology and cryptocurrency, such as:

These are programs stored on the blockchain executed when particular conditions are met. They are immutable and cannot be changed once deployed. A simple example is the transfer of landed property documents when my account receives a particular sum of money, in the case of a blockchain - “wallet.”

This is a term that refers to peer-to-peer financial services that run using smart contracts deployed on the blockchain without a middle man being required. With DeFi, you can get all the standard services you would at a financial institution like lending, earning interest, trading assets, except that with the blockchain, it’s faster, open and transparent, and decentralized.

These are applications that operate on the blockchain, they leverage the blockchain's distributed network to process data in order to carry out transactions like the purchase of cryptocurrency, minting of NFTs, and swapping of tokens on single or multiple blockchains.

There are already existing platforms that have been built to further the Web 3.0 dream, many of which are decentralized counterparts of Web 2.0 platforms like video and audio streaming sites, online games, and browsers. Some even give you incentives for making use of the platform. Here are some existing ones:

The web is constantly evolving, and change is paramount for evolution to occur. Web 3.0 is the next stage of the web, but it won’t be the last as technology will continue to evolve into other forms, possibly a world that will rely solely on Artificial Intelligence as its primary driving unit. Here is a link to a resource paper that dives deeper into other possible versions of the web (Web 4.0 & Web 5.0) that are yet to come.

Thank you for reading this piece. I hope it helped!

How To Create a Web3 Based Crypto Exchange Platform?

How can I use Javascript with blockchain API’s?

Major Reasons Why You Should Invest In Margin & Crypto Leverage Trading

Once suspended, tunkunmi will not be able to comment or publish posts until their suspension is removed.

Once unsuspended, tunkunmi will be able to comment and publish posts again.

Once unpublished, all posts by tunkunmi will become hidden and only accessible to themselves.

If tunkunmi is not suspended, they can still re-publish their posts from their dashboard.

Once unpublished, this post will become invisible to the public and only accessible to Oluwatunkunmi Okupa.

Thanks for keeping Metapunk Community safe. Here is what you can do to flag tunkunmi:

Unflagging tunkunmi will restore default visibility to their posts.