Metapunk Web3 Community 🦙 is a community of amazing Web3, Blockchain and NFT enthusiasts

This will be a short read about the NFT space, how you can learn about it and how you could get started in it, as a developer.

Most likely you have heard about NFT´s, which stands for non-fungible token. I am going to explain it in a few sentences, for the person’s hearing about it for the first time.
NFT´s are digital assets, which provide proof-of-ownership and do get secured on the blockchain. The process of creating a NFT is called minting. Other than minting, NFT`s can be bought, sold and exchanged on different marketplaces with the likes of cryptocurrencies or “real money” (mostly called “fiat” in web3). The minting process or an exchange gets approved by signing a digital signature. NFT´s are not interchangeable, so you can see if it’s the original piece of a collection or a derivative, mostly through some few clicks. At the time of writing the most frequent use cases include digital art, game assets or unique club-memberships. I am certain there will be more use cases to come that will also include everyday use cases.

The community is one of the biggest parts of the NFT space. A striving community plays a big role in the NFT space, whether it’s through Twitter, Discord, events in real life or any other form of social engagement. Most of the NFT community is welcoming and friendly to newcomers, so if you have any questions, just ask and I am certain someone will reply to you. Don´t get me wrong, it is not all sunshine and roses out there, there can be people who do not respond in a rightful way. But as long as you respond in a friendly and helpful manner the majority will react even. There is often some sarcasm involved though, especially on Twitter, so try to take that with humor.

To start off, there is huge demand for developers in the NFT space, a lot of projects are launching everyday, some more successful than others. When a project wants to provide value to its holders and strives to become successful in this space, the project team will need good developers. Not making the entire team small, a good team works well together and everyone plays their part, but without developers a lot is hard or impossible to implement in a technology driven field. You may get the chance to build out your own vision, as the space is relatively new. With the space being new, there is almost unlimited growth potential.
When you would like to make a difference in this space, don’t hesitate to make a move and try to get into it. I am writing for the Antisocial Labs, a developer lab founded by builders for builders. The Labs team is looking for different types of developers to go through an interview. Whether you would like to operate on Ethereum, Solana, Near or any other blockchain is up to you. And if you are already working on a project, don’t hesitate, the antisocial labs team is also looking for developers already building the space. Trying to connect developers to drive innovation. Here is some information for the positions the Antisocial lab is looking for:

Modern back-end language: strong knowledge of at least one modern language, and corresponding back-end framework: Python (Flask); NodeJS (Express); C# (ASP.NET Core)
API Design and interaction: experience with different API protocols, such as REST, GraphQL, and RPC, both consuming and implementing them
Databases: Good understanding of either noSQL or SQL databases and some experience with the other
Git: Experience with working in a collaborative environment, including branching and pull-requests
Containerisation: Some understanding of docker and containerisation is desirable Cloud: Experience with at least one major cloud provider (GCP, AWS, Azure) is desirable
Performance: Understanding what makes modern web applications scalable while remaining cost effective, being able to write performant multithreaded code is a plus
Web3: some understanding of basic web3 concepts, such as wallets connection, transactions, signing, etc is a plus, but not a requirement

If you are interested in going through an interview with the Labs Team, you can send me or the Team a message on twitter or send me a direct message on Discord. I will provide links below.
Thanks for reading, have a nice day and always keep a smile on your face,
Niklas 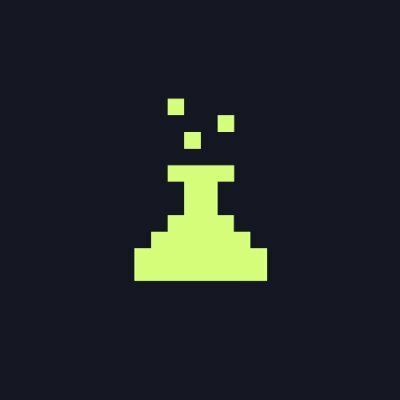 Build a Web3 app with Solidity

Tutorial - Create a contract from another contract with solidity

Taking current economics out of the equation. What really excites you about Web3 and Blockchain Dev?

Niklas
I write texts sometimes. Contact me if you like. Best to do via Twitter or Discord (actitube#7968)
How to do your own research and write a review for an upcoming NFT project
#nft #web3 #cryptocurrency #tutorials

Once suspended, actitube will not be able to comment or publish posts until their suspension is removed.

Once unsuspended, actitube will be able to comment and publish posts again.

Once unpublished, all posts by actitube will become hidden and only accessible to themselves.

If actitube is not suspended, they can still re-publish their posts from their dashboard.

Once unpublished, this post will become invisible to the public and only accessible to Niklas.

Thanks for keeping Metapunk Web3 Community 🦙 safe. Here is what you can do to flag actitube:

Unflagging actitube will restore default visibility to their posts.